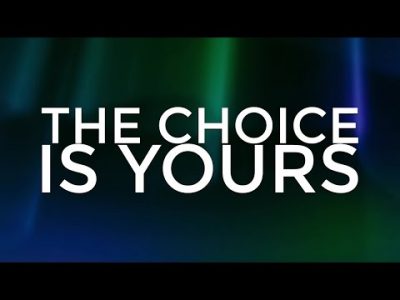 In the world of boxing there are two phrases each of which represents a choice that can be made. The first phrase is known as Throwing in the towel. When a fighter is too beat up to continue, he tosses in his towel. The towel admits defeat. It says, “I quit. I lose. I’m done. I can’t go on”

But there’s another phrase from the world of boxing to consider.

In the good old days, it used to be that spectators at a boxing match would be invited to come out of the stands and have a go at one of the pros.

In the noisy, smoke-filled arena, some courageous man would make it official by throwing his hat into the ring. The only way to get it back was to step onto the canvas and take on the champ.

In other words, to throw your hat into the ring was to accept a challenge from which you could not back down.

The apostle Paul declared that we too are in a fight.

1 Timothy 6:11-12
11 But you, man of God, flee from all this, and pursue righteousness, godliness, faith, love, endurance and gentleness. 12 Fight the good fight of the faith. Take hold of the eternal life to which you were called when you made your good confession in the presence of many witnesses.

In some ways these same choices stand available for us.

Each day, in every area of your life that matters, you hold in one hand your hat, in the other hand a towel.

Each day, by your actions and your attitudes, you throw one or the other into the ring. You have to choose.

When Elijah confronted the prophets of Baal on mount Carmel, he asked the people to make a choice

The people refused to make a choice. They remained silent. But silence is a choice.

What about you? What choices will you make?

1. You have the choice whether or not to be a PRODUCT OF YOUR PAST or to allow God to shape your future.

2. You have a choice whether or not to be PLAYED BY THE CROWD or to get your direction from God.

3. You have a choice whether or not to be a POSER PRETENDING TO LIVE FOR GOD or have a real relationship with Him.

4. You have a choice whether or not to PROPAGATE YOUR OWN PERSONAL KINGDOM or productively build the Kingdom of God