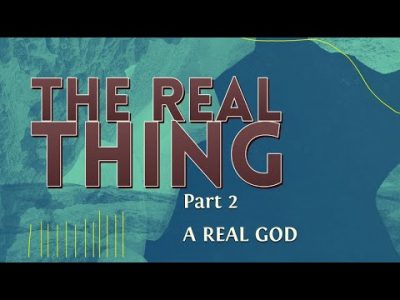 1 Kings 14:21-31
21 Rehoboam son of Solomon was king in Judah. He was forty-one years old when he became king, and he reigned seventeen years in Jerusalem, the city the Lord had chosen out of all the tribes of Israel in which to put his Name.  His mother’s name was Naamah; she was an Ammonite.

22 Judah did evil in the eyes of the Lord. By the sins they committed they stirred up his jealous anger more than those who were before them had done. 23 They also set up for themselves high places, sacred stones and Asherah poles on every high hill and under every spreading tree. 24 There were even male shrine prostitutes in the land; the people engaged in all the detestable practices of the nations the Lord had driven out before the Israelites. 25 In the fifth year of King Rehoboam, Shishak king of Egypt attacked Jerusalem. 26 He carried off the treasures of the temple of the Lord and the treasures of the royal palace. He took everything, including all the gold shields Solomon had made. 27 So King Rehoboam made bronze shields to replace them  and assigned these to the commanders of the guard on duty at the entrance to the royal palace.

28 Whenever the king went to the Lord’s temple, the guards bore the shields, and afterward they returned them to the guardroom.

29 As for the other events of Rehoboam’s reign, and all he did, are they not written in the book of the annals of the kings of Judah? 30 There was continual warfare between Rehoboam and Jeroboam. 31 And Rehoboam rested with his ancestors and was buried with them in the City of David. His mother’s name was Naamah; she was an Ammonite.

2 Timothy 3:1-5; 13-24
3 But mark this: There will be terrible times in the last days. 2 People will be lovers of themselves, lovers of money, boastful, proud, abusive, disobedient to their parents, ungrateful, unholy, 3 without love, unforgiving, slanderous, without self-control, brutal, not lovers of the good, 4 treacherous, rash, conceited, lovers of pleasure rather than lovers of God— 5 having a form of godliness (its going to be a weak imitation but not the real thing)  but denying its power. Have nothing to do with such people.

13 while evildoers and impostors will go from bad to worse, deceiving and being deceived. 14 But as for you, continue in what you have learned (you’ve got to make sure you’ve got the real thing and that you continue to walk in the real thing) and have become convinced of, because you know those from whom you learned it,

12 It is I who made the earth and created mankind on it. My own hands stretched out the heavens; I marshaled their starry hosts.

18 For this is what the Lord says—he who created the heavens, he is God; he who fashioned and made the earth, he founded it; he did not create it to be empty, but formed it to be inhabited—he says: “I am the Lord, and there is no other. 19 I have not spoken in secret, from somewhere in a land of darkness; I have not said to Jacob’s descendants, ‘Seek me in vain.’ I, the Lord, speak the truth; I declare what is right. 20 “Gather together and come;  assemble, you fugitives from the nations. Ignorant are those who carry about idols of wood, who pray to gods that cannot save. 21 Declare what is to be, present it— let them take counsel together. Who foretold this long ago, who declared it from the distant past? Was it not I, the Lord? And there is no God apart from me, a righteous God and a Savior; there is none but me. 22 “Turn to me and be saved, all you ends of the earth; for I am God, and there is no other.

Psalm 19:1-5
1 The heavens declare the glory of God; the skies proclaim the work of his hands. 2 Day after day they pour forth speech; night after night they reveal knowledge. 3 They have no speech, they use no words; no sound is heard from them. 4 Yet their voice goes out into all the earth, their words to the ends of the world.  In the heavens God has pitched a tent for the sun. 5 It is like a bridegroom coming out of his chamber, like a champion rejoicing to run his course. 6 It rises at one end of the heavens and makes its circuit to the other; nothing is deprived of its warmth.

Romans 1:18-20
18 The wrath of God is being revealed from heaven against all the godlessness and wickedness of people, who suppress the truth by their wickedness, 19 since what may be known about God is plain to them, because God has made it plain to them. 20 For since the creation of the world God’s invisible qualities—his eternal power and divine nature—have been clearly seen, being understood from what has been made, so that people are without excuse.

Hebrews 1:1-3
1 In the past God spoke to our ancestors through the prophets at many times and in various ways, 2 but in these last days he has spoken to us by his Son, whom he appointed heir of all things, and through whom also he made the universe. 3 The Son is the radiance of God’s glory and the exact representation of his being, sustaining all things by his powerful word. After he had provided purification for sins, he sat down at the right hand of the Majesty in heaven.