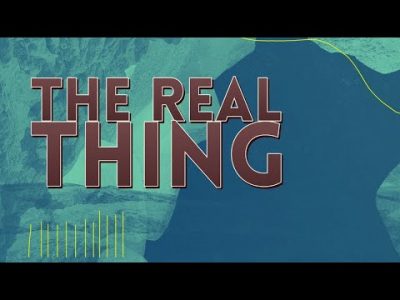 2 Timothy 3:1-5; 13-14
3 But mark this: There will be terrible times in the last days. 2 People will be lovers of themselves, lovers of money, boastful, proud, abusive, disobedient to their parents, ungrateful, unholy, (like Big Mouth cartoon on Netflix – that follows a group of 7th graders and their journey into puberty.  It is sexually explicit and suggestive.  Something that Tim Winter, President of Parents Television Council reports as being the is the most utterly sickening “entertainment” I’ve seen in my 40 years in this industry—and dangerous to the millions of children who view it or the adults who may be encouraged to act-out because of it. the vilest thing I’ve seen in 40 years of working in Hollywood—and probably the most dangerous?)

3 without love, unforgiving, slanderous, without self-control, brutal, not lovers of the good, 4 treacherous, rash, conceited, lovers of pleasure rather than lovers of God— 5 having a form of godliness (it’s going to be a weak imitation but not the real thing) but denying its power. Have nothing to do with such people.

13 while evildoers and impostors will go from bad to worse, deceiving and being deceived. 14 But as for you, continue in what you have learned (you’ve got to make sure you’ve got the real thing and that you continue to walk in the real thing) and have become convinced of, because you know those from whom you learned it,

2 Chronicles 12:1
12 After Rehoboam’s position as king was established and he had become strong, he and all Israel with him abandoned the law of the Lord.

2 Chronicles 12:13-14
13 King Rehoboam established himself firmly in Jerusalem and continued as king. He was forty-one years old when he became king, and he reigned seventeen years in Jerusalem, the city the Lord had chosen out of all the tribes of Israel in which to put his Name. His mother’s name was Naamah; she was an Ammonite. 14 He did evil because he had not set his heart on seeking the Lord.

1 Kings 14:21-31
21 Rehoboam son of Solomon was king in Judah. He was forty-one years old when he became king, and he reigned seventeen years in Jerusalem, the city the Lord had chosen out of all the tribes of Israel in which to put his Name.

22 Judah did evil in the eyes of the Lord. By the sins they committed they stirred up his jealous anger more than those who were before them had done. 23 They also set up for themselves high places, sacred stones and Asherah poles on every high hill and under every spreading tree.

24 There were even male shrine prostitutes in the land; the people engaged in all the detestable practices of the nations the Lord had driven out before the Israelites.

27 So King Rehoboam made bronze shields to replace them and assigned these to the commanders of the guard on duty at the entrance to the royal palace.

28 Whenever the king went to the Lord’s temple, the guards bore the shields, and afterward they returned them to the guardroom.

29 As for the other events of Rehoboam’s reign, and all he did, are they not written in the book of the annals of the kings of Judah? 30 There was continual warfare between Rehoboam and Jeroboam.

31 And Rehoboam rested with his ancestors and was buried with them in the City of David. His mother’s name was Naamah; she was an Ammonite.