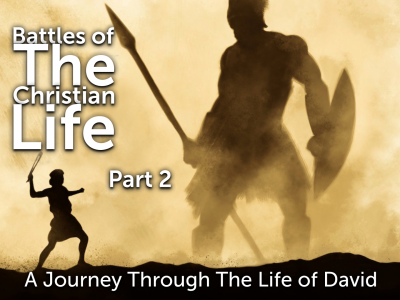 Christians will face many battles.  Some of these battles will be faced many times during our lives and at times we will have to fight many of them at the same time.

Last week we said that as we journey though the life of David, we will observe many of the struggles he faced and how he overcame them with God’s help.  In Part 1 we learned about 2 early battles that David faced and how we can face these battles too.