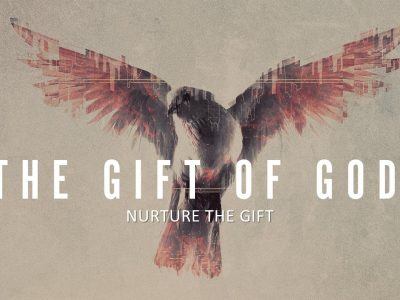 13 Again the Israelites did evil in the eyes of the Lord, so the Lord delivered them into the hands of the Philistines for forty years.

2 A certain man of Zorah, named Manoah, from the clan of the Danites, had a wife who was childless, unable to give birth. 3 The angel of the Lord appeared to her and said, “You are barren and childless, but you are going to become pregnant and give birth to a son. 4 Now see to it that you drink no wine or other fermented drink and that you do not eat anything unclean. 5 You will become pregnant and have a son whose head is never to be touched by a razor because the boy is to be a Nazirite, dedicated to God from the womb. He will take the lead in delivering Israel from the hands of the Philistines.”

6 Then the woman went to her husband and told him, “A man of God came to me. He looked like an angel of God, very awesome. I didn’t ask him where he came from, and he didn’t tell me his name. 7 But he said to me, ‘You will become pregnant and have a son. Now then, drink no wine or other fermented drink and do not eat anything unclean, because the boy will be a Nazirite of God from the womb until the day of his death.’”

8 Then Manoah prayed to the Lord: “Pardon your servant, Lord. I beg you to let the man of God you sent to us come again to teach us how to bring up the boy who is to be born.”

9 God heard Manoah, and the angel of God came again to the woman while she was out in the field; but her husband Manoah was not with her. 10 The woman hurried to tell her husband, “He’s here! The man who appeared to me the other day!”

11 Manoah got up and followed his wife. When he came to the man, he said, “Are you the man who talked to my wife?”

12 So Manoah asked him, “When your words are fulfilled, what is to be the rule that governs the boy’s life and work?”

13 The angel of the Lord answered, “Your wife must do all that I have told her. 14 She must not eat anything that comes from the grapevine, nor drink any wine or other fermented drink nor eat anything unclean. She must do everything I have commanded her.”