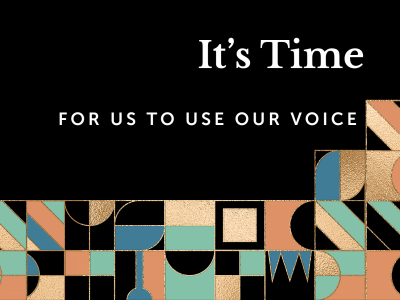 God has given us a voice to use in this world both as individuals and corporately as the body of Christ, but are we using it? Maybe you’re afraid. Maybe you don’t feel qualified. Maybe you think it won’t change anything. Maybe you assume that God will use someone else. Esther chapter 7 teaches us that

It’s Time to USE OUR VOICE to…