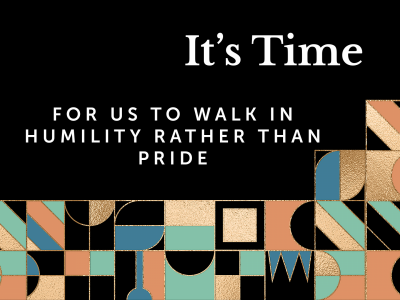 Esther 5 New International Version (NIV)
5 On the third day Esther put on her royal robes and stood in the inner court of the palace, in front of the king’s hall. The king was sitting on his royal throne in the hall, facing the entrance.2 When he saw Queen Esther standing in the court, he was pleased with her and held out to her the gold scepter that was in his hand. So Esther approached and touched the tip of the scepter.

3 Then the king asked, “What is it, Queen Esther? What is your request? Even up to half the kingdom, it will be given you.”

4 “If it pleases the king,” replied Esther, “let the king, together with Haman, come today to a banquet I have prepared for him.”

5 “Bring Haman at once,” the king said, “so that we may do what Esther asks.”

So the king and Haman went to the banquet Esther had prepared. 6 As they were drinking wine, the king again asked Esther, “Now what is your petition? It will be given you. And what is your request? Even up to half the kingdom, it will be granted.”

7 Esther replied, “My petition and my request is this: 8 If the king regards me with favor and if it pleases the king to grant my petition and fulfill my request, let the king and Haman come tomorrow to the banquet I will prepare for them. Then I will answer the king’s question.”

9 Haman went out that day happy and in high spirits. But when he saw Mordecai at the king’s gate and observed that he neither rose nor showed fear in his presence, he was filled with rage against Mordecai. 10 Nevertheless, Haman restrained himself and went home.

Calling together his friends and Zeresh, his wife, 11 Haman boasted to them about his vast wealth, his many sons, and all the ways the king had honored him and how he had elevated him above the other nobles and officials. 12 “And that’s not all,” Haman added. “I’m the only person Queen Esther invited to accompany the king to the banquet she gave. And she has invited me along with the king tomorrow. 13 But all this gives me no satisfaction as long as I see that Jew Mordecai sitting at the king’s gate.”

14 His wife Zeresh and all his friends said to him, “Have a pole set up, reaching to a height of fifty cubits,[a] and ask the king in the morning to have Mordecai impaled on it. Then go with the king to the banquet and enjoy yourself.” This suggestion delighted Haman, and he had the pole set up.

23 Pride brings a person low, but the lowly in spirit gain honor.

Philippians 2:3-10 New International Version (NIV)
3 Do nothing out of selfish ambition or vain conceit. Rather, in humility value others above yourselves, 4 not looking to your own interests but each of you to the interests of the others.

5 In your relationships with one another, have the same mindset as Christ Jesus: (have this attitude in you which was also in Christ Jesus)

did not consider equality with God something to be used to his own advantage;

7 rather, he made himself nothing

by taking the very nature[b] of a servant,

being made in human likeness.

8 And being found in appearance as a man,

by becoming obedient to death—

even death on a cross!

9 Therefore God exalted him to the highest place

and gave him the name that is above every name,

10 that at the name of Jesus every knee should bow,

in heaven and on earth and under the earth,

2 Chronicles 7:14 New International Version (NIV)
14 if my people, who are called by my name, will humble themselves and pray and seek my face and turn from their wicked ways, then I will hear from heaven, and I will forgive their sin and will heal their land.

Proverbs 22:4 New International Version (NIV)
4 Humility is the fear of the Lord; its wages are riches and honor and life.

1 Peter 5:6 New International Version (NIV)
6 Humble yourselves, therefore, under God’s mighty hand, that he may lift you up in due time.

James 4:6 New International Version (NIV)
6 But he gives us more grace. That is why Scripture says: “God opposes the proud but shows favor to the humble.”

Psalm 149:4 New International Version (NIV)
4 For the Lord takes delight in his people; he crowns the humble with victory.

Ephesians 4:2 New International Version (NIV)
2 Be completely humble and gentle; be patient, bearing with one another in love.

Philippians 2:3-5 New International Version (NIV)
3 Do nothing out of selfish ambition or vain conceit. Rather, in humility value others above yourselves, 4 not looking to your own interests but each of you to the interests of the others.

5 In your relationships with one another, have the same mindset as Christ Jesus:

Mark 9:35 New International Version (NIV)
35 Sitting down, Jesus called the Twelve and said, “Anyone who wants to be first must be the very last, and the servant of all.”

Luke 10:38-42 New International Version (NIV)
At the Home of Martha and Mary

38 As Jesus and his disciples were on their way, he came to a village where a woman named Martha opened her home to him. 39 She had a sister called Mary, who sat at the Lord’s feet listening to what he said. 40 But Martha was distracted by all the preparations that had to be made. She came to him and asked, “Lord, don’t you care that my sister has left me to do the work by myself? Tell her to help me!”

41 “Martha, Martha,” the Lord answered, “you are worried and upset about many things, 42 but few things are needed—or indeed only one.[a] Mary has chosen what is better, and it will not be taken away from her.”