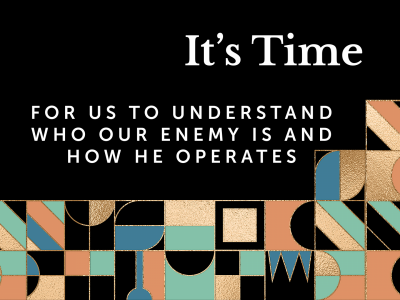 Haman’s Plot to Destroy the Jews

3 After these events, King Xerxes honored Haman son of Hammedatha, the Agagite, elevating him and giving him a seat of honor higher than that of all the other nobles. 2 All the royal officials at the king’s gate knelt down and paid honor to Haman, for the king had commanded this concerning him. But Mordecai would not kneel down or pay him honor.

3 Then the royal officials at the king’s gate asked Mordecai, “Why do you disobey the king’s command?” 4 Day after day they spoke to him, but he refused to comply. Therefore, they told Haman about it to see whether Mordecai’s behavior would be tolerated, for he had told them he was a Jew.

5 When Haman saw that Mordecai would not kneel down or pay him honor, he was enraged.6 Yet having learned who Mordecai’s people were, he scorned the idea of killing only Mordecai. Instead Haman looked for a way to destroy all Mordecai’s people, the Jews, throughout the whole kingdom of Xerxes.

8 Then Haman said to King Xerxes, “There is a certain people dispersed among the peoples in all the provinces of your kingdom who keep themselves separate. Their customs are different from those of all other people, and they do not obey the king’s laws; it is not in the king’s best interest to tolerate them. 9 If it pleases the king, let a decree be issued to destroy them, and I will give ten thousand talents of silver to the king’s administrators for the royal treasury.”

10 So the king took his signet ring from his finger and gave it to Haman son of Hammedatha, the Agagite, the enemy of the Jews. 11 “Keep the money,” the king said to Haman, “and do with the people as you please.”

12 Then on the thirteenth day of the first month the royal secretaries were summoned. They wrote out in the script of each province and in the language of each people all Haman’s orders to the king’s satraps, the governors of the various provinces and the nobles of the various peoples. These were written in the name of King Xerxes himself and sealed with his own ring. 13 Dispatches were sent by couriers to all the king’s provinces with the order to destroy, kill and annihilate all the Jews—young and old, women and children—on a single day, the thirteenth day of the twelfth month, the month of Adar, and to plunder their goods.14 A copy of the text of the edict was to be issued as law in every province and made known to the people of every nationality so they would be ready for that day.

15 The couriers went out, spurred on by the king’s command, and the edict was issued in the citadel of Susa. The king and Haman sat down to drink, but the city of Susa was bewildered.

Ephesians 6:11-12 New International Version (NIV)
11 Put on the full armor of God, so that you can take your stand against the devil’s schemes.12 For our struggle is not against flesh and blood, but against the rulers, against the authorities, against the powers of this dark world and against the spiritual forces of evil in the heavenly realms.

2 Corinthians 2:11 New International Version (NIV)
11 in order that Satan might not outwit us. For we are not unaware of his schemes.

Exodus 17:16 New International Version (NIV)
16 He said, “Because hands were lifted up against[a] the throne of the Lord,[b] the Lord will be at war against the Amalekites from generation to generation.”

Isaiah 14:12-14 New International Version (NIV)
12 How you have fallen from heaven, morning star, son of the dawn! You have been cast down to the earth, you who once laid low the nations! 13 You said in your heart, “I will ascend to the heavens; I will raise my throne above the stars of God;
I will sit enthroned on the mount of assembly, on the utmost heights of Mount Zaphon. 14 I will ascend above the tops of the clouds; I will make myself like the Most High.”

Ezekiel 28:13-19 New International Version (NIV)
13 You were in Eden, the garden of God; every precious stone adorned you: carnelian, chrysolite and emerald, topaz, onyx and jasper, lapis lazuli, turquoise and beryl. Your settings and mountings were made of gold; on the day you were created they were prepared. 14 You were anointed as a guardian cherub, for so I ordained you. You were on the holy mount of God; you walked among the fiery stones. 15 You were blameless in your ways from the day you were created till wickedness was found in you. 16 Through your widespread trade you were filled with violence, and you sinned. So I drove you in disgrace from the mount of God, and I expelled you, guardian cherub, from among the fiery stones. 17 Your heart became proud on account of your beauty, and you corrupted your wisdom because of your splendor. So I threw you to the earth; I made a spectacle of you before kings. 18 By your many sins and dishonest trade you have desecrated your sanctuaries. So I made a fire come out from you, and it consumed you, and I reduced you to ashes on the ground in the sight of all who were watching. 19 All the nations who knew you are appalled at you; you have come to a horrible end and will be no more.’”

Matthew 4:9 New International Version (NIV)
9 “All this I will give you,” he said, “if you will bow down and worship me.”

John 10:10 New International Version (NIV)
10 The thief comes only to steal and kill and destroy; I have come that they may have life, and have it to the full.

1 Peter 5:8 New International Version (NIV)
8 Be alert and of sober mind. Your enemy the devil prowls around like a roaring lion looking for someone to devour.

Genesis 3:1-5 New International Version (NIV)
3 Now the serpent was more crafty than any of the wild animals the Lord God had made. He said to the woman, “Did God really say, ‘You must not eat from any tree in the garden’?”

4 “You will not certainly die,” the serpent said to the woman. 5 “For God knows that when you eat from it your eyes will be opened, and you will be like God, knowing good and evil.”

2 Corinthians 11:3 New International Version (NIV)
3 But I am afraid that just as Eve was deceived by the serpent’s cunning, your minds may somehow be led astray from your sincere and pure devotion to Christ.

John 8:44 New International Version (NIV)
44 You belong to your father, the devil, and you want to carry out your father’s desires. He was a murderer from the beginning, not holding to the truth, for there is no truth in him. When he lies, he speaks his native language, for he is a liar and the father of lies.

Revelation 12:10 New International Version (NIV)
10 …For the accuser of our brothers and sisters, who accuses them before our God day and night, has been hurled down.

Ephesians 6:12 New International Version (NIV)
12 For our struggle is not against flesh and blood, but against the rulers, against the authorities, against the powers of this dark world and against the spiritual forces of evil in the heavenly realms.

Romans 16:20 New International Version (NIV)
20 The God of peace will soon crush Satan under your feet. The grace of our Lord Jesus be with you.

Revelation 20:1-3, 7-10 New International Version (NIV)
20 And I saw an angel coming down out of heaven, having the key to the Abyss and holding in his hand a great chain. 2 He seized the dragon, that ancient serpent, who is the devil, or Satan, and bound him for a thousand years. 3 He threw him into the Abyss, and locked and sealed it over him, to keep him from deceiving the nations anymore until the thousand years were ended. After that, he must be set free for a short time.

7 When the thousand years are over, Satan will be released from his prison 8 and will go out to deceive the nations in the four corners of the earth—Gog and Magog—and to gather them for battle. In number they are like the sand on the seashore. 9 They marched across the breadth of the earth and surrounded the camp of God’s people, the city he loves. But fire came down from heaven and devoured them. 10 And the devil, who deceived them, was thrown into the lake of burning sulfur, where the beast and the false prophet had been thrown. They will be tormented day and night for ever and ever.